Exploring the History of Coffee: From Bean to Cup 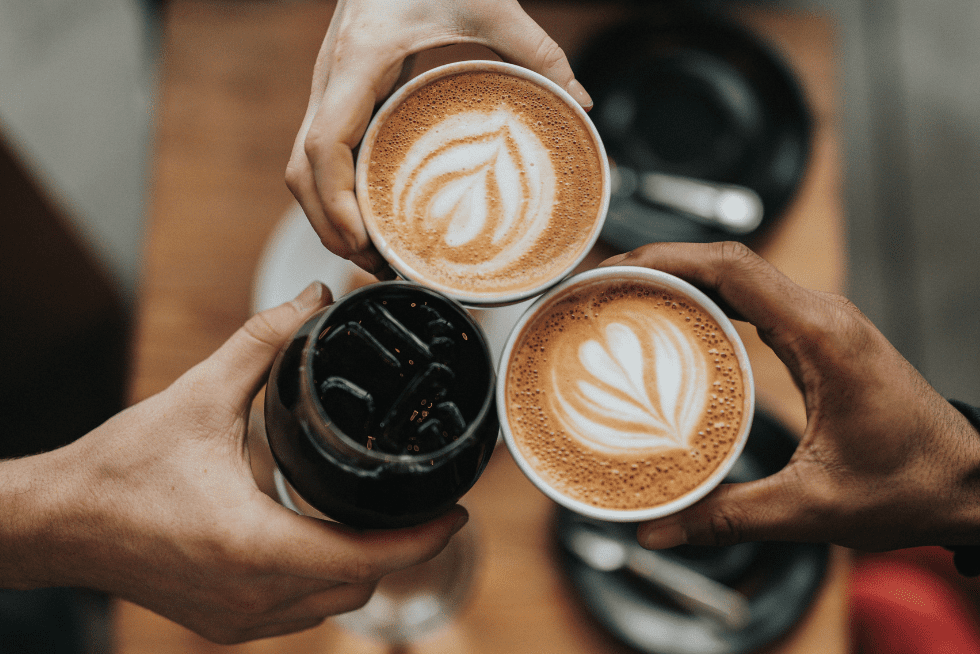 How it All Began

As the world wakes up each morning, millions of people begin their day with a familiar ritual. They pour a cup of coffee. For many, coffee is a delicious indulgence, a treat to savor, or an excuse to get out of the house and meet friends. But for many others, coffee is a necessity. The deep, rich aroma and the comforting warmth of a cup of coffee have become staples of modern life.

Coffee is one of the most popular beverages in the world, and it has a long and fascinating history. It all began centuries ago in Ethiopia, where the first coffee plants were discovered. From humble beginnings, coffee has evolved into a global phenomenon, with a variety of different types, styles, and flavors.

The earliest record of coffee consumption dates back to the 15th century, when it was consumed in the Sufi monasteries of Yemen. It is believed that coffee was discovered by a shepherd in the region, who noticed that his goats were particularly energized after consuming the berries of the coffee plant. He shared his discovery with the local monks, who roasted and boiled the berries to create the first cup of coffee.

The Spread of Coffee Around the World

Coffee didn't remain confined to Ethiopia for long. It quickly spread throughout Arabia and the Middle East, and eventually made its way to Europe.

In the 16th century, coffee spread across the Arabian Peninsula, with coffeehouses popping up in cities like Cairo, Damascus and Istanbul. These coffeehouses served as hubs for socializing and discussing politics, business, and philosophy. They were also one of the first places to introduce coffee to the world, as travelers from different countries stopped by to sample the beverage.

By the 17th century, coffee had spread to Europe, thanks to the efforts of traders and merchants. Coffeehouses were established in Italy and the Netherlands, and coffee soon became a popular drink throughout the continent. Coffee houses were established in major cities across Europe, becoming popular gathering places for intellectuals, business people, and other members of society. Coffee houses soon became places of lively conversation and debate, and they remain popular today.

In the 18th century, coffee was introduced to the Americas, with traders bringing it to the Caribbean and Brazil. By the 19th century, coffee had become an essential part of daily life in the United States, with coffeehouses and roasteries popping up in cities across the country.

Today, coffee is consumed around the world, with billions of cups of coffee being brewed and enjoyed every day. Thanks to the efforts of the early pioneers of coffee, we now have the opportunity to enjoy this delicious beverage in all its forms. From cappuccinos to espressos, we can thank the history of coffee for giving us such a wonderful drink.

Transformation from a Luxury to a Commodity

As coffee spread around the world, it became increasingly popular and began to be grown in many different countries. This led to a transformation of the beverage from a luxury item to a commodity. Before it became the ubiquitous beverage we know today, coffee was once a rare luxury, only enjoyed by the wealthy and privileged. Coffee production eventually became a major industry, with countries like Brazil, Colombia, and Vietnam becoming major producers.

As coffee became more widely available, it also became more affordable. This, combined with the rise of the industrial revolution, led to the mass production of coffee. By the 20th century, coffee had become a global commodity, with production and consumption increasing exponentially. Today, coffee is one of the most widely consumed beverages in the world, with a range of flavors and varieties to suit everyone’s taste.

Coffee’s transformation from a luxury to a commodity is a fascinating story. It’s a story of discovery, of innovation, and of a beverage that has become an integral part of our lives. Whether you’re sipping a cup of coffee in the morning or enjoying a latte in the afternoon, you can take a moment to appreciate the story behind your favorite beverage.

In recent years, coffee has become even more popular, with the rise of specialty coffee shops and the popularity of coffee culture. From single-origin coffees to innovative brewing methods, there's something for everyone to enjoy. Coffee has become a part of daily life for many people, and it's now an integral part of modern culture.

These days, it’s hard to think of a trend more ubiquitous than the modern coffee craze. From the small, independent coffee shop on the corner to the large, international coffee chain, it seems like every corner of the world is now sipping on some kind of specialty coffee drink. The range of options available to consumers is a testament to the creativity of the modern coffee craze.

At its core, the modern coffee craze is rooted in the desire for convenience and quality. It’s no surprise that the rise of coffee culture has coincided with the rise of technology and the ease of access to information. With the ability to find and purchase coffee from anywhere, it’s now easier than ever for coffee lovers to find exactly what they’re looking for.

Coffee has come a long way since its humble beginnings in Ethiopia. Today, it's enjoyed all over the world, with a variety of different types and styles. From its early beginnings as a luxury item to its current status as a global commodity, coffee has played an important role in the development of culture and society. It's clear that the history of coffee is an interesting one, and it's sure to continue to be enjoyed for years to come.