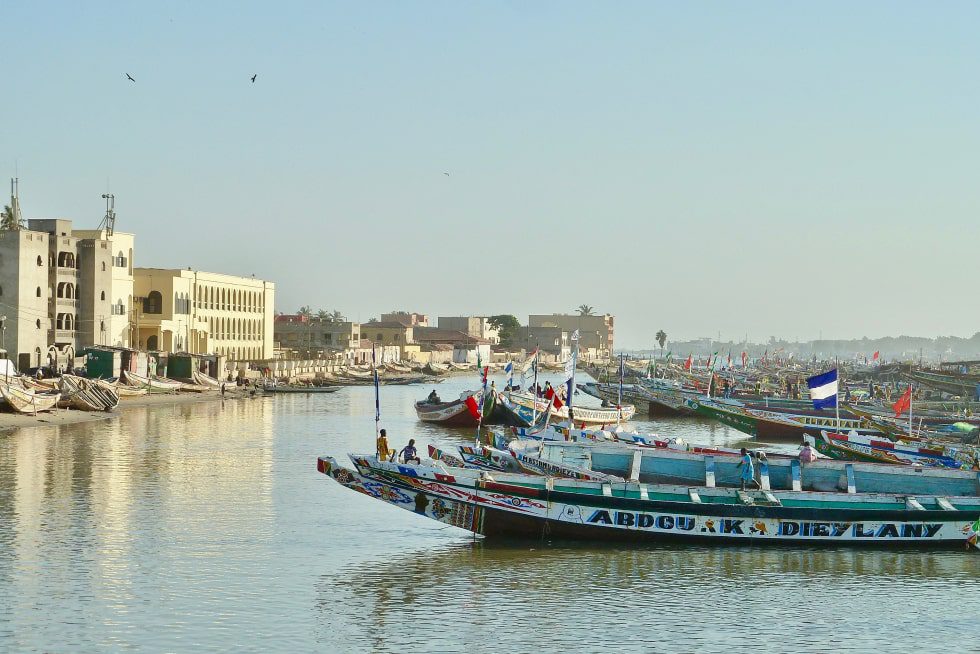 I arrived in Dakar the night after their historic win in the Africa Cup of Nations against Egypt. Along with what felt like the rest of Senegal, we gathered in a square in Dakar as we waited for the team to arrive. The streets were packed, crowds stretching as far as the eye could see. People gathered on balconies and roofs. Music pounded, people danced. The smell of food filled the air.

It was the perfect intro to my time there, which was shaped around three main activities. 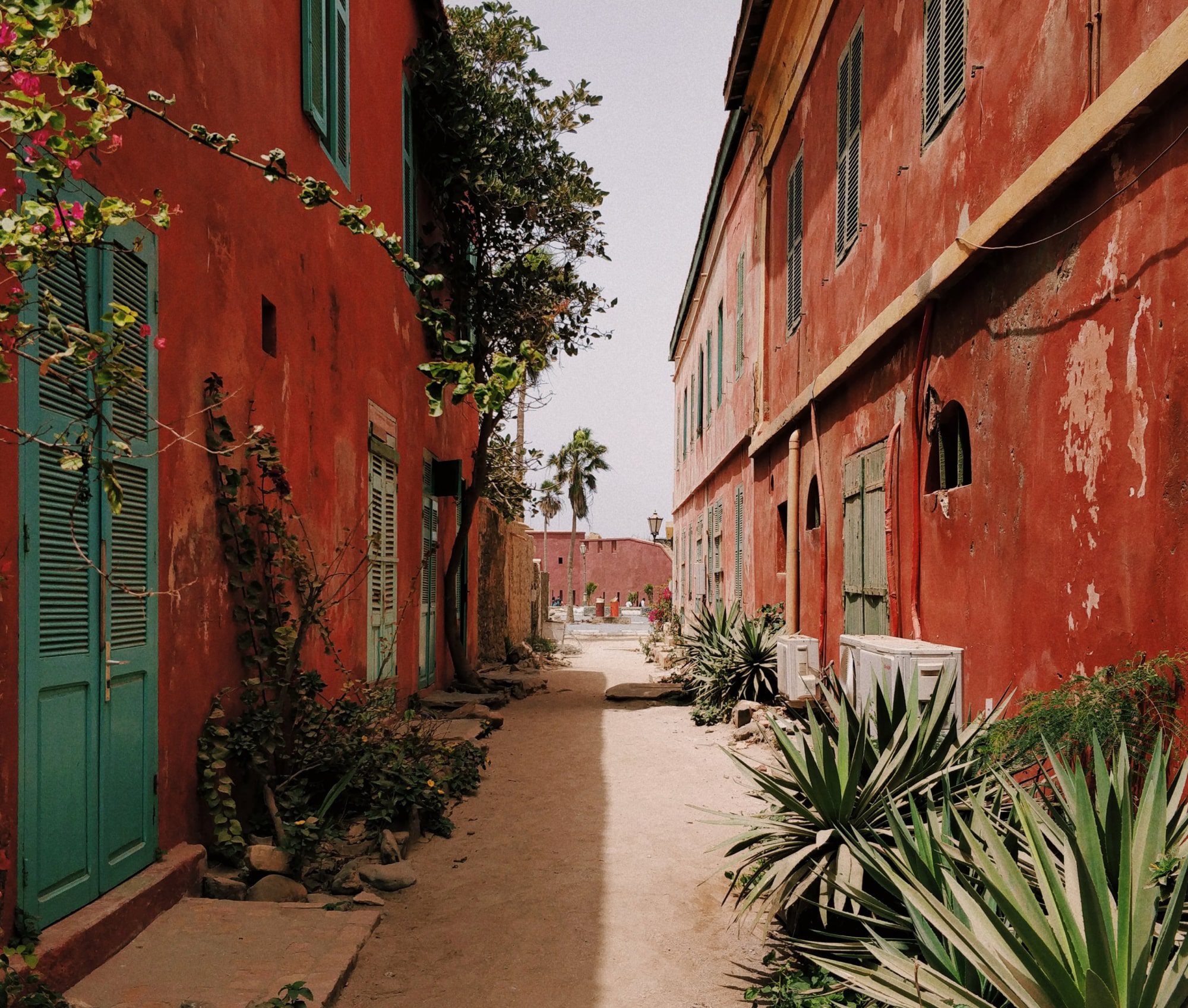 Île de Gorée is a small island located about 30 minutes by boat from Dakar. Upon arrival, the beauty of the colourful pastel houses is an eery contrast to its history as a major slave port. Between the 15th and the 19th century, the island was one of the largest slave-trading centres in Africa, and was ruled at one time or another by the Dutch, French, Portuguese and English. Our guide pointed out how the different colours of the houses reflected which European nation ruled the island at the time.

Now a UNESCO World Heritage Centre, tourists come to explore the island and see the remnants of the horror that occurred there. A key feature of the island is the Maison des Esclaves (House of Slaves). Here slaves were held, auctioned and eventually shipped off through the Door of No Return never to return to Senegal. Now the house is a museum and a memorial to the Atlantic Slave Trade, with slavery artefacts available, as well as information on the island’s strategic placement in the slave trade.

Many famous figures have made the visit to this island including Nelson Mandela and Michelle and Barack Obama. During Mandela’s visit, shortly after his release from prison, he reportedly climbed into the hole reserved for punishing slaves. There he cried.

The island remains home to many, with people making a living from acting as guides, running restaurants and selling goods (among other things). A highlight of our visit was when our guide took us to where the artists were based. The mixture of mediums was outstanding, from sand portraits in bottles to large canvases. 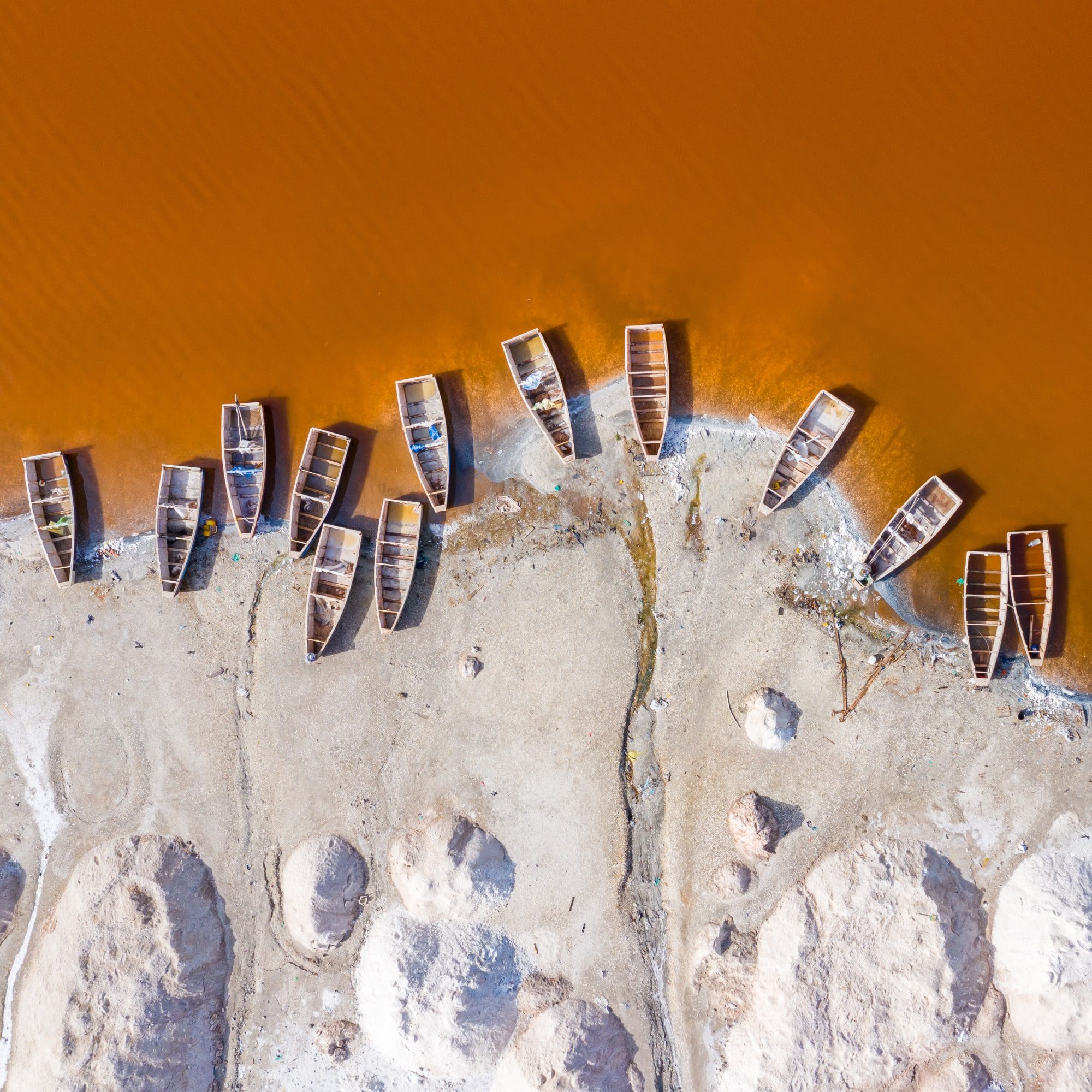 Lake Retba, better known as Lac Rose (literally Lake Pink) is located about an hour outside Dakar. And yes, it is indeed pink. Its colour is caused by Dunaliella Salina, a salt loving algae. The lake’s salt content is comparable to the Dead Sea, which is harvested by locals and sold.

Upon arrival at the lake, we were immediately greeted by the sellers who had set up base there, selling the usual products we’d become accustomed to during our trip – sand art, waist beads and bags to name a few.

The highlight of the visit were the quad bikes. We drove past reams of undisturbed sand, almost desert like, passing camels grazing, until we reached the beach halfway round the lake. There we dismounted as our guides pointed out the countries that lay just across the ocean.

When we completed our ride, we immediately hopped in a boat for a row across the lake. This close to the lake, we could see its pinkness that much more intensely, the way it glowed in the light. 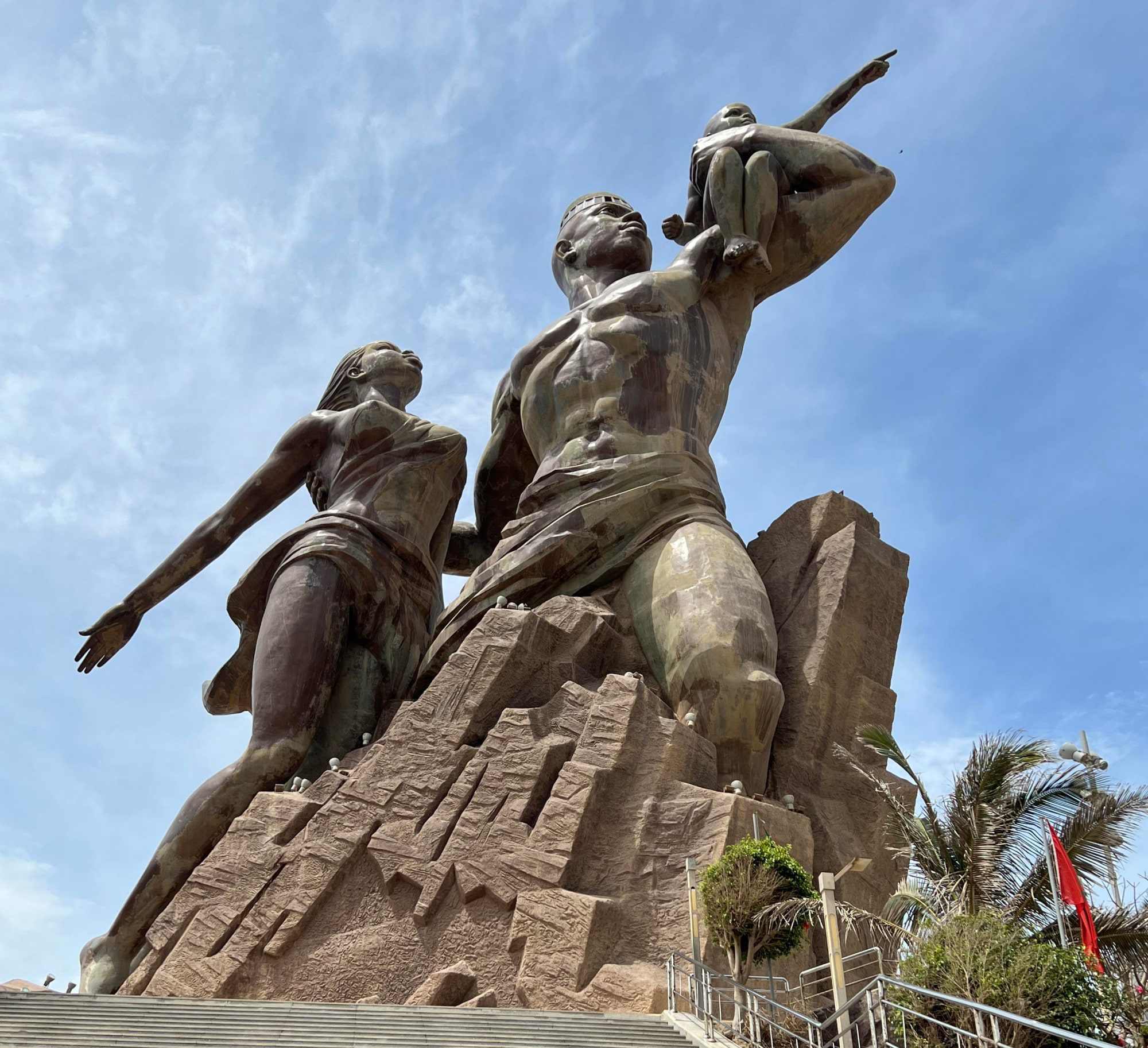 Birthed in controversy, the African Renaissance Monument was completed in 2010, having been commissioned by the former Senegalese president Abdoulaye Wade to mark 50 years of Senegalese independence. It was also a symbol of Africa “tak[ing} its destiny into its hands”.

Its controversy stems from who built it – North Korea. The final cost – $27 million. And how it was financed – using state owned land due to being unable to afford the hefty bill. In a country with high amounts of poverty, many argued that the money could have been better spent. Critics also pointed to the irony of celebrating their independence by ceding independence in the form of land to North Korea. The controversy continues as with every ticket that’s bought a portion of it goes to former president Wade.

As part of your entry, you are given a tour of the monument’s museum. The multiple floors cover the museum’s construction, the symbolism underpinning its location, including the myth of the two Mamelles hills, and various art pieces, including contributions from other African nations.

The visit ends with a lift that deposits you in a viewing gallery located within the head of the man. From here, you have stunning views of Dakar, including Les Mamelles Lighthouse, and close ups of the rest of the monument.

This is, of course, a whistle stop tour through some of the best things I did in Dakar. Not mentioned were the trips to various art galleries, the food, beaches we saw and the rest of the country itself.